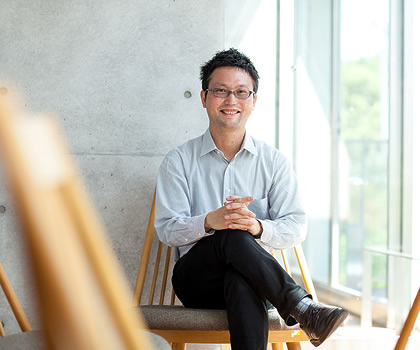 The human brain is composed of approximately one hundred billion neurons and its power is around 20 W. Inspired by the large-scale and energy-efficient operation of brain networks, I conduct research at CiNet with the goal to design future information network and communication technology with brain-like mechanisms and structure.

Recently, graph-theoretical network analysis has become of great interest in the field of the brain science. My research project focuses on the analysis of complex networks in brain functional networks extracted from fMRI experimental data. I am especially interested in the modular structure of networks, because such modules correspond to functional units in the brain. There is evidence that modules play an important role in maintaining robustness of brain networks, and they may be used as indicators of brain network diseases, such as Alzheimer’s disease, schizophrenia, or neurodevelopmental disorders. In the future, I plan to apply my results to clinical applications.